This project involved nine primary schools, all based in Berkshire. The schools are all members of the Berkshire School Business Managers Group and are a combination of maintained and academy schools.

Minerva had an existing relationship with the Berkshire School Business Manager Group and had previously run a collaborative catering procurement for six schools in the group. Following the resounding success of that tender, nine other primary schools were keen to engage Minerva for their catering tenders.

Eight of the nine Schools outsourced their catering services to a service provider via the Bracknell Forest Borough Council Service Level Agreement/framework. One school had an outsourced service via a commercial contractor. Due to the complexities of running such an operation including, but not limited to, compliance, training, recruitment, food procurement, cover for absence and additional resources for events, they all wished to continue to use an external contractor. However, the schools wanted to ensure that they were getting ‘best value’ from this key service which was the reason for the procurement process. In addition, it was felt by all the participant schools that being part of an SLA arrangement meant there was a ‘once size fits all’ approach to the service provision and that they did not feel they had any control over decisions being made on their contracts.

By working collaboratively, the group were able to benefit from:

The project was set up in lots, one school per lot, allowing submissions for each school to be scored separately. Importantly, this also enabled each school to make a decision on their preferred bidder and this didn’t have to be the same as the rest of the group. Each of the schools’ contract value was under the threshold for the OJEU threshold (now PCR 2015), which for school catering services was £615,278 (subsequently increased). Therefore, the schools were able to run a closed ‘Invitation only’ one-stage Request for Proposal (RFP) process.

The schools were asked to provide Minerva with detailed information on their current catering services and their future requirements. This information was captured via a comprehensive checklist provided to the schools to help guide them as to what was required. In addition, a number of webinars were held to support completion of documentation. The data from the checklists was used to produce the tender documentation, which included a Memorandum of Information (MoI), and a Request for Proposal Questionnaire and Guidance document.

Five suppliers were invited to submit a tender response. The suppliers were chosen by a combination of those requested by the schools as well as suggestions from Minerva. Four suppliers provided a completed RFP submission after attending site visits at each of the schools. To support the schools in reducing their workload (one of the key aims of appointing a consultant to help run the project for them) Minerva undertook initial scoring of the bids enabling each school to then review the scoring and moderate based on their own individual requirements.

A presentation day was also organised for the three shortlisted suppliers to enable them to ‘bring to life’ their proposals to representatives from each of the schools. Due to the Covid-19 pandemic, the presentation day was held virtually. Unfortunately, this meant that the food sampling element of the day could not be included. However, this did not prevent the schools from being able to make an informed decision on their preferred bidder.

Post contract award Minerva was also able to provide a ‘precedent’ legal agreement which was tailored to the individual bids submitted. By using this document it ensured the schools did not have to utilise that of the winning bidder which would, undoubtedly, favour them and not the school. In addition, it enabled us to get the legal agreement vetted by the Local Authority to ensure they were happy with it.

The tenders were assessed on a ‘Most Economically Advantageous Tender’ (MEAT) basis. Having submitted the highest scored RFP submission overall, with a good surplus budget, the winning bidders demonstrated a thorough and well thought out approach to the catering services for the schools. There was good confidence that there was adequate resourcing available for peak periods and that the ‘added value’ options were beneficial and wide ranging. Naturally, the range and quality of food was also of critical importance to the decision.

Across the nine schools who were participating in the tender process an estimated financial return of more than £131,000 was forecast over the first three years of the contract term. Whilst this was not the key driver for any of the schools, which was first and foremost getting an excellent service for the pupils so they could enjoy a healthy and nutritious lunch, the financial return was the icing on the cake!

Despite the very obvious challenges of running a tender process through a pandemic all the schools were extremely happy with the outcome and their chosen contractor.

I wouldn’t have liked to have run the tender process myself, Minerva running the project removed a lot of the stress and the time that would have been required and their expertise ensured the process was carried out correctly.

Our weekly procurement briefings just for schools and MATs are packed with advice to help you save money. Simply pop your details in below and we’ll send you our newsletter every week. 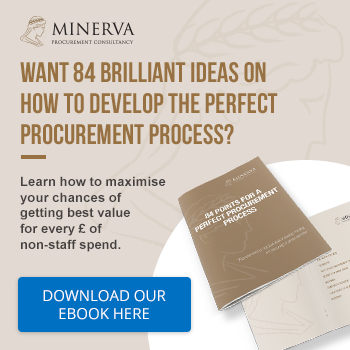 George Abbot School is a coeducational secondary school and sixth form with academy status in Burpham, north-east of the town centre of Guildford providing a…
Read Full Story

Oxfordshire has 34 academies across the county. There are also a number of maintained schools due to change to academy status in the coming months.…
Read Full Story

Founded in 1850, Bradfield College is a co-educational independent senior boarding and day school based in the beautiful setting of Bradfield, near Reading. Bradfield caters…
Read Full Story

Faringdon Learning Trust is a multi-academy trust, of over 3000 students. It includes 7 primary schools and a secondary school in Oxfordshire. The Trust is…
Read Full Story 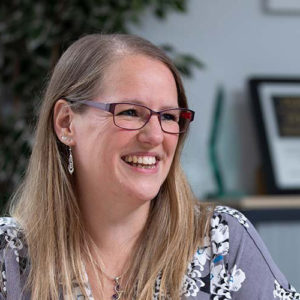 Not feeling chatty email us at - plum@minervapcs.com